David Sedaris on the Madness of Modern Parenting 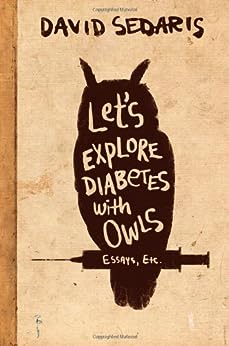 One of the funniest things I've read this summer is David Sedaris' Let's Explore Diabetes with Owls. My favorite essay in the book is Attaboy, in which Sedaris ponders the madness of modern parenting. He skewers everything from the penchant for presidentially-named toddlers (think Madison) to the way children today can apparently do no wrong. When the piece veers down the path to the good old days of when he was a kid, Sedaris draws a stark contrast to the toddler-tyrant-run homes of today, writing of his own parents: "They did not live in a children's house. We lived in theirs." In other words, he articulates what every sane person has thought when subjected to, say, watching a mother ask her three-year-old if he or she would like skim or 2% milk in their babyccino as you stand behind them in a five-person deep line at Starbucks while running progressively later for work (or does that only happen in L.A.?).

Buy the book, but you can also listen to Sedaris read the essay, Attaboy, aloud here.

Posted by Jennifer Richardson at 1:04 PM