Return of the Breeders 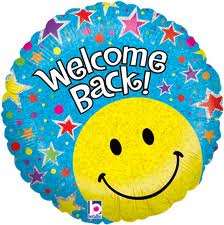 Last Saturday night something remarkable happened.  My husband and I had dinner with our friends who are parents.  Not the kind of dinner that is dominated by the kids -- either in the form of a tantrum, or a mini pageant in which you are expected to fawn over the child’s talent at spelling or card tricks or song, or, worst, the parents taking ceaselessly about the kids -- but an honest to goodness adult dinner.  The children, now nine and eleven, were holed up in the living room watching what seemed to be an entirely age-inappropriate movie while the grown-ups held court in the dining room.  We talked about work and books and life in general.  The only time the children came up at all is when they appeared to take a helping of dinner and return to the couch.

I remember vividly the fading and then total disappearance of this particular pair of friends.  It started with the birth of their first child, an event they were adamant would not change their lives.  It was evident this wasn’t the case when several months later we all went out to dinner, baby in tow.  Sometime after we ordered and before the appetizers I realized any attempt at conversation was futile.  The need of the nervous new parents to evaluate their infant’s well-being at thirty second intervals precluded the ability to maintain either the interest in or the linearity of a dialogue.  This was followed by a second child and a second memorable attempt at dinner, this time at their house.  We spent several hours watching their two toddlers run around the house naked, screaming at the top of their lungs, and overturning dinner plates.  The mother looked despondent.  The father looked mad at the mother.  We looked at our watches.
But now that our parent-friends are in their forties and early fifties, it appears they are resurfacing.  The last decade was tough.  First we felt excluded.  Our old friends now only seemed to hang out with the parents of their kids’ friends.  On occasion we were invited along to such social engagements, which seemed to be a way for parents to be around other adults without any expectation of having to talk to each other since everybody was busy tending to their own kids.  This was lonely business for a non-parent.  Both the parents and we recognized this, and soon either they stopped asking or we stopped accepting such invitations.  Then we found a coping mechanism; for the past five years or so our primary friendships have been with gay men.  I had happily assumed this would be the way from here on out, but I suspect as we all get older we will regain some face-time with the parent faction.  Welcome back.  I understand why you had to be away, but I missed you while you were gone.
Posted by Jennifer Richardson at 2:39 PM